In its financial results for the six months ended 29 August, the Pick n Pay group says it saw total sales growth (online and physical retail) of 4.1% over the period, to R46 billion.

However, the civil unrest in KwaZulu-Natal and Gauteng in July resulted in an estimated R930 million loss in sales, as 212 Pick n Pay stores were damaged by looters, and 551 additional stores were closed to protect customers and staff. Most have now reopened, although not all at full service levels, according to the retailer. 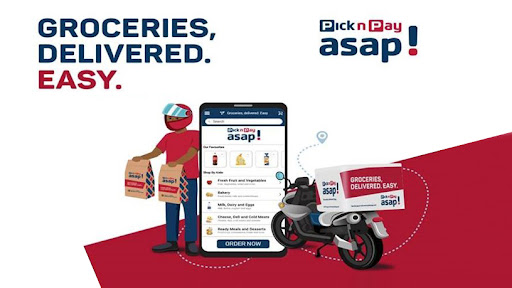 During this time, Asap! operated normally across the country, including in the areas affected by the unrest, it notes.

In August this year, the on-demand grocery delivery app was relaunched as Pick n Pay Asap!, with the retailer promising the app would offer a different experience to Pick n Pay’s online grocery shopping web-based portal, which offers scheduled orders, often taking days before deliveries are made to customers.

In efforts to compete with the Checkers Sixty60 mobile app following the relaunch, Asap! was integrated with new features and started offering same-day deliveries – allowing customers to receive groceries in as little as 60 minutes from time of order.

In its results statement, the retail giant says the app improvements have provided convenience and flexibility for customers.

“The relaunch of the Asap! on-demand service has delivered 200% growth in online sales since launch. Our loyalty programme, Smart Shopper, also goes from strength to strength, with penetration now close to 80% of Pick n Pay sales.

“Like many other companies, Pick n Pay switched to online early in the pandemic. We have received many comments that you prefer an online channel – for its convenience and its saving in travel and other time. It has been an extraordinary six months since we delivered our last results,” notes the statement.