Orlando Pirates Football Club (often known as Pirates) is a South African professional football club based in the Houghton suburb of the city of Johannesburg and plays in the top-tier system of Football in South Africa known as Premier Soccer League, The team plays its home matches at Orlando Stadium in Soweto. Orlando Pirates Fixtures 2022/2023 – DSTV Premiership

Orlando Pirates is one of South Africa’s oldest football clubs having been established in 1937 in Orlando East, Soweto. The club’s performances over the years have served as an inspiration for young footballers to strive to play the Beautiful Game at the highest level in the black and white colours of the ‘Buccaneers’.

The founders of Orlando Pirates included the offspring of migrant workers who moved from rural areas to work in the gold mines of Gauteng. Boys in Orlando came together at every available opportunity in open spaces and in informal groupings to play football. That original club was called the Orlando Boys Club. 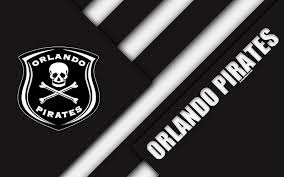 The club was founded in 1937 and was originally based in Orlando, Soweto. They are named ‘Pirates’ after the 1940 film The Sea Hawk starring Errol Flynn.

Royal AM vs Orlando Pirates

Orlando Pirates vs Royal AM

They are one of only two South African teams with Mamelodi Sundowns to win the CAF Champions League, which they won in 1995. They are runners-up of 2015 & 2021-22 CAF Confederation Cup.

Since their inception, the Pirates have won 9 league titles in total, and a record of 33 trophies. With such success under their belt, it goes without saying that Orlando Pirates is one of the best clubs in Africa.