In the 2013/14 season, Azam FC won the league unbeaten, and by so doing, the club became only the second (after Simba SC 2009/10) to win the league without losing a single game. 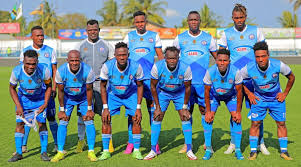 Azam FC is one of the most widely supported football clubs in Tanzania, and has rivalries with Yanga SC, Simba SC, Mtibwa Sugar FC and African Lyon.

Nelson Mandela University NMU NSFAS Lists Approved Students 2023/2024. NSFAS is cognisant of the fact that students may be concerned that the current pandemic...

MozPortal is a one-stop-solution for reliable and authentic for education News, making course and college selection easy for students looking to pursue undergraduate and postgraduate courses in the world

Javascript not detected. Javascript required for this site to function. Please enable it in your browser settings and refresh this page.